Traditional urbanism evolved over millennia to meet human needs. The adoption of AVs should not be allowed to replace time-tested places with something that would probably make our lives worse. JEFF SPECK    OCT. 16, 2017 Note: This article is based on a talk the author gave to the US Conference of Mayors and CNU. 1) Be afraid One of my favorite books of all times is Technopoly, The Surrender of Culture to Technology, by Neil Postman. In it Postman describes what he calls the technological imperative. What it means to me is this: New technologies that increase convenience are unstoppable, whatever their impact on our … Read more

In a recent Facebook post by Civic By Design Traditional Neighborhood Design (TND) is compared to a suburban subdivision. The benefits of the TND far outweigh the “benefits” of the more conventional suburban design. The graphics speak for themselves. Civic by Design notes that the TND is by DPZ click for link to Vermillion project in Hunterville, North Carolina.

A new study identifies the precise ways that stricter land use regulations lead to greater divides. kropic1 / Shutterstock.com   We’ve long known two things about land use regulations. One is that elements of them—in the form of large lot requirements and other aspects of “exclusionary zoning”—have led to the racial and economic segregation. The other is that restrictive land use and building codes in cities limit housing construction (and therefore housing supply), leading to increased costs, worse affordability problems, and deepened inequality in urban centers. What we haven’t fully understood—until now—is how restrictive land use regulations in cities and … Read more

Around 40,000 people still die on American roads every year, but technology and data could change that. Image: Garrett/Flickr Speed limits might make you feel safe, or incredibly frustrated, or both. But either way there’s a bigger issue at hand: they’re based on outdated data and science from the mid-20th century. In the US, our speed limits are derived from old studies, like this one from 1964 by traffic systems researcher David Solomon that looked only at rural roads in the 1950s. In line with conventional thinking, Solomon’s study fuels the premise that speed limits should be based on the speed at … Read more

Ever prescient, her final book outlined a coming dark age—and how to get through it. Jane Jacobs was one of the most prescient writers of the 20th century. In the 1960s, when suburbanization and heavy-handed urban renewal programs threatened urban neighborhoods, she published her classic Death and Life of Great American Cities. During the 1970s and 1980s, when policy-makers and economists focused on industrial competitiveness and national economic strategy, she drew attention to the role of cities and clustering in powering innovation and economic growth in her books The Economy of Cities and Cities and the Wealth of Nations.But she may well have saved … Read more

A lousy project has been proposed for North H Street between 1st and 2nd street. 8 barracks like boxes each containing 5 bedrooms with 5 attached bathrooms. How many people do you think will be living in each box? I submit that number will vary between 10 and 20 or more per property – and 8 of the ugly things are being proposed by an out of town developer-owner. How many cars do you think will come along with 5 families? Please come to the planning commission meeting on Thursday, Oct 5th – 7 pm – in City Council Chambers. I … Read more 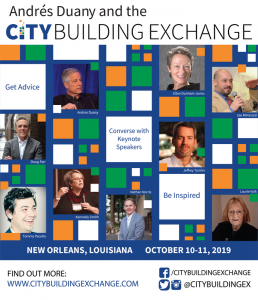