What happens when you get rid of minimum parking requirements in a downtown district while also adding 4,500 people to the downtown?

Many would suggest that adding so many people in a short time while removing parking minimums would be bad for businesses because parking spaces would be tougher to find. Fargo, ND provides a compelling case study showing that downtown businesses can thrive under these circumstances. As Fargo leaders started putting more emphasis and investment downtown, North Dakota State University (NDSU) began locating several programs downtown including its architecture and business schools. In addition to the programs, a 104-unit mixed-use housing development, called Cityscapes, was built in the core of the downtown. These projects resulted in over 4,000 students and faculty living, working and studying downtown. This all happened in a relatively short time frame.

People everywhere complain about parking. However Fargo smoothly absorbed the influx of development into its downtown—which now is thriving. Sidewalk-level retail shops—including many legacy downtown businesses–are doing better than ever.

When NDSU increased its presence downtown, the local bus service, Metro Area Transit (MATbus), increased service between downtown and campus (about 1 mile). A circulator route between campus and downtown provides 15-minute service and 7-minutes during peak ensuring students and faculty convenient and reliable travel between campus and downtown. This helped a great deal in reducing car trips and thus the need for additional parking.

This is a key and often overlooked insight. Parking, like any commodity, is about supply and demand. Too often, the focus is only on supply and not on demand. But, if demand for parking can be reduced, then the need to supply more parking is diminished.

In addition to MATbus upping their game, Fargo instituted a bike sharing program that has been a rousing success. Rousing might be an understatement actually. Fargo’s bike share program, Great Rides, totaled more than 143,000 rides in six months with 100 bikes available. Compare that to Minneapolis Nice Rides and Denver B-Cycle which did 100,000 rides each in a full year with 800 bikes in each city.

The Fargo-Moorhead metro has more than 25,000 college students and as Tracy Walvatne, owner of Josie’s Bakery in downtown Fargo pointed out to me, “Younger people are less inclined to drive. They are multi-modal.”

A common argument against lifting minimum parking requirements: it impedes traffic into small businesses because it’s tougher to find nearby parking places. Fargo has seen no such thing. Downtown shops are thriving and storefronts do not stay vacant for very long.

Walvatne, the bakery owner, said that there is plenty of short-term and guest friendly parking downtown. She said a big challenge has been getting past the misperception that if you can’t see your final destination from your parking spot, it must be far away.  “Those of us raised in the mall generation have that misperception.”

However, in reality, when parking downtown, you are not parking further away from your final destination. Fargo created an overlay map visually comparing walking distances for parking downtown with the West Acres shopping mall. Eliminating minimum parking requirements has been very positive from a development standpoint. A number of flat surface lots have been developed into housing and mixed-use. This, of course, has two benefits. First, a building creates more value and tax revenue than a flat surface parking lot. Second, these developments bring more residents and their spending money downtown which is a boon for businesses.

The assessed value in the Renaissance Zone (which encompasses a portion of the downtown) was $190 million in 2003; it recently topped $600 millionthanks to improvements and new development. The success of downtown Fargo is undeniable and has been the subject of many flattering profiles. The downtown was recognized in 2009 as one of the country’s top 10 neighborhoods by the American Planning Association. Fargo Marathon organizers insisted on having their 30,000 participants start the race in the ambience of downtown. It has not disappointed. ESPN GameDay has been to Fargo multiple times. Initially, when they proposed to broadcast from Downtown Fargo, some fans were miffed, not able to comprehend why they wouldn’t host the show from the stadium where the Bison play, the Fargo Dome – a standard indoor arena surrounded by a sea of parking lots near the edge of the city. The iconic picture below and ESPN’s desire to return clearly demonstrates the wisdom of their decision. While Fargo has been able to accommodate growth up to this point without significant investments in additional parking, many leaders are feeling they have reached a point where it would be beneficial to develop a parking structure to spur development of their remaining flat surface parking lots. So, there is a balance. Some parking is necessary. Nevertheless, the Fargo experience clearly demonstrates that robust growth and development can occur without mandating parking spaces.

It also shows that you don’t start with parking. You start with creating great places, developing more infill (which brings people and jobs) and improving transit and bikeability. Do that first, then worry about the parking. Unfortunately, far too many cities start with parking and get hung up. 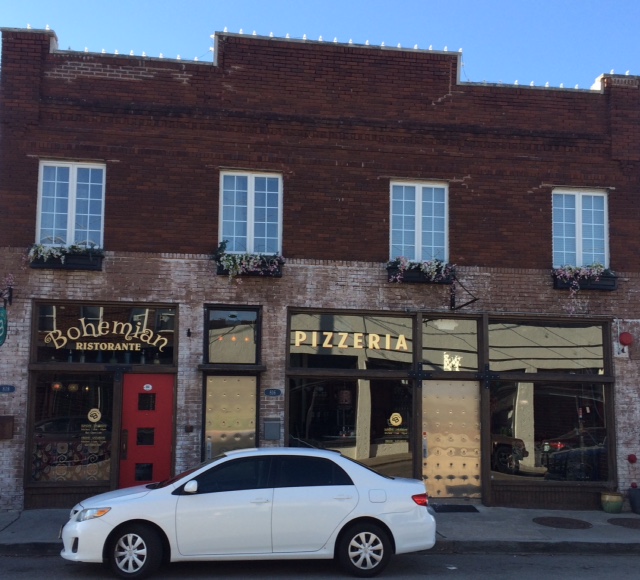 June 28, 2018 – minor edit and update While I have been discussing the lack of planners in Oxnard…the real issue is chronic understaffing and Economic Development. Oxnard cannot develop economically without enough qualified planners (chronic understaffing) to carry the workload. Oxnard needs 20 to 25 planners but currently has only 7 or 8 staff planners. How can…