A new book argues that the U.S. is about to see more accessory dwelling units and guides homeowners on how to design and build them.

When Kol Peterson moved to Portland, Oregon, in 2010, affordable housing was a priority, as it was for many newcomers in this city’s booming real-estate market. He looked at two frequently discussed options for high-cost cities—tiny houses on wheels and communal living—but decided on another option: accessory dwelling units, or ADUs—also known as granny flats, basement and garage apartments, and the like.ADUs weren’t yet common in Portland—that year, the city issued only 86 permits for them—but when Peterson did the math he decided that building one was his best option. “I could buy a house, construct an ADU in the backyard, and live in the ADU while renting out the house,” he said. That’s what he did: He bought a home in the city’s King/Sabin neighborhood, built a tidy two-story mini-home in its backyard, and moved in. The experience, he says, has been life-changing. “Building an 800-foot ADU eventually eliminated my housing costs, and I’m living in my dream house.”
Eight years later, Peterson works full-time helping others build ADUs, preaching the granny-flat gospel via classes for other Portland homeowners. The number of ADU permits the city issues has risen dramatically; in 2016, it was 615. In Vancouver, Canada—an ADU pioneer—more than 2,000 ADUs have been built citywide in the last decade. But for most cities in North America, steep legal barriers are preventing this form of housing from taking off: Many cities ban them outright, and those that don’t often have severe restrictions on size, owner occupancy, and parking. Only a handful of cities have adjusted their regulations to encourage more ADUs—mostly on the West coast, where severe housing affordability is a growing problem. But Peterson and other ADU advocates are predicting that the country is on the verge of welcoming more of them.“By 2020, ADUs will take off in tens of cities,” he said. “This doesn’t mean there will be an explosion of them overnight, but the concept will become more popular in the next couple of years.”Peterson has now parlayed his ADU expertise into a new book, Backdoor Revolution: The Definitive Guide to ADU Development, that walks potential ADU builders through the planning and construction process, as well as tackles the social, economic, and environmental issues that relate to such housing. CityLab spoke with him recently about why ADUs are gaining traction and how to advocate for making them easy to build in your city.
Why will we see more ADUs in the U.S.?

There’s a lot of single-family zoning in the center of our cities, and urban planners, civil society, and city leaders are questioning whether these zoning rules make sense. We’re missing dwellings that can house more people and are more affordable, such as duplexes, triplexes, and ADUs.

I don’t think tiny houses on wheels will soon become a widespread form of housing, because they aren’t yet permittable. But media coverage of them has helped to spur more interest in small housing in general. These factors are positioning ADUs to become a popular movement.

What are the benefits of ADUs for residents, cities, and the environment?ADUs allow people housing flexibility over time. You can design an ADU in which to age in place, and then rent out your main house, allowing you to stay in your neighborhood as you grow older, and at less cost. Parents, caregivers, or adult children can also live in ADUs.ADUs use fewer resources like gas and electricity due to their size, and because they’re often built in walkable and bikeable areas, their residents generate less of an environmental impact that way as well. They also reduce the per capita residential footprint. This is important because there are a lot of one- and two-person households in cities, but not the housing to match that demographic. ADUs can help fill this need.And ADUs generally don’t have a significant infrastructural impact on a city, in contrast to, say, a 400-unit apartment building. They bring more housing to an area organically, and the city doesn’t have to build new infrastructure to accommodate it.

Where are ADUs already taking off in the U.S.?

A city must relax their ADU codes to increase their number. In 2017, the state of California did just that. While the legislation did not address one the most problematic issues, the owner occupancy requirement, it did relax the rules on providing parking spaces for ADUs. Los Angeles’s code already didn’t require owner occupancy, so the statewide reduction in other regulations has been especially effective there. L.A. went from having 142 ADU permits issued in 2016 to roughly 2,000 in 2017.

San Francisco, Oakland, Santa Barbara, and numerous other California cities have also experienced a significant uptick, though not as extreme as L.A.; Portland and Austin, Texas, are other fairly ADU-friendly cities. Though this is a pretty limited subset of cities, the interest and demand for ADUs is growing.

What should people do if they want to build an ADU but they are illegal in their city, or the codes are too strict?One strategy is to point to other cities that are experiencing similar affordable housing issues—basically every coastal U.S. city—and how those that allow and foster ADUs have benefited from them. As for codes, the owner occupancy requirement is perhaps the most important to overcome. A strategy to eliminate the provision would be to request the city to drop it in a certain area, and then take stock of the consequences a year or two later. Inevitably, ADUs won’t generate problems, and then advocates can push for expanding the relaxed rule to the entire city.
“When a city relaxes ADU codes, it encourages people to construct more of them—and build them better so they’re safer.”

The other argument worth noting is that cities in which ADUs aren’t legal still have many of them; people are just building them illegally. When a city relaxes ADU codes, it encourages people to construct more of them—and build them better so they’re safer.

What should one keep in mind when designing an ADU?

Given the small size of an ADU, it’s necessary to have a “great room” that houses the living room, dining room, and kitchen in a contiguous space. Such a room with high ceilings and a visual connection to an outdoor area that’s adjacent to the ADU makes the space feel bigger than it is.

Also, ADUs are a form of urban infill housing, so it’s a best practice to be respectful of neighbors and not infringe on their privacy. This means being careful in terms of placement of doors and windows.

One critique of ADUs is that they encourage more short-term rentals, which actually exacerbate the dearth of affordable housing. What’s your response?

My hope is that ADUs would be treated like any other house in regard to short-term rentals. By this I mean that if a city doesn’t allow short-term rentals, it shouldn’t allow them in ADUs or any other dwelling. The reason parity is important is that the rules should be the same across the board, such as regarding owner occupancy. Cities generally don’t require owner occupancy for a duplex, for instance, but do for an ADU. This rule should be equally applied, or permitted ADUs will not be viewed as a desirable housing form for homeowners.
Original Article. 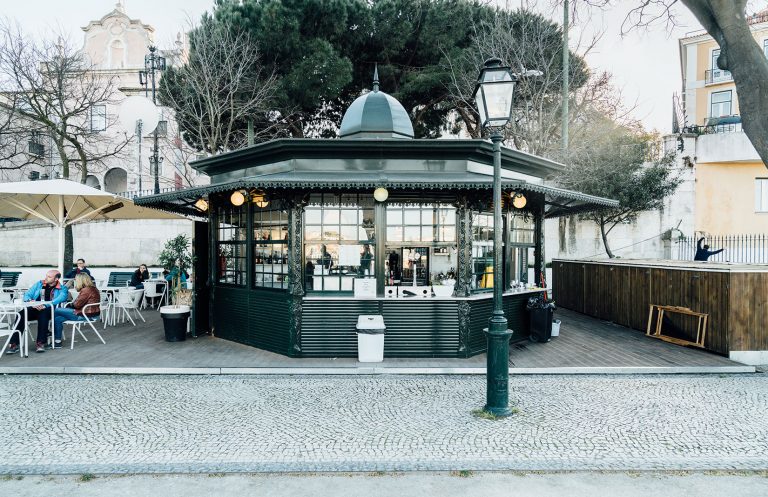 “The Art of Making Places: A Panel Discussion on Ciudad Cayalá & Herencia de Allende with Leon Krier, María Sánchez, and Pedro Godoy On May 19th, 2020, the ICAA presented this special panel discussion only to ICAA Members. The recording has now been made available here for the enjoyment of the general public. If you…